Increasing relaxation response and self-regulation through Yoga Therapy in a child with Asperger’s syndrome.

*Please note that all identifiable information has been removed from this document and names changed to maintain confidentiality. Consent from carers to share the case study received.

This case study offers a yoga therapy case example of working with a 9-year-old girl, who has been diagnosed with Asperger’s syndrome, which now is classified under ASD – Autism Spectrum Disorder. The girl was referred for yoga therapy session by her mum due to the struggle with coping with school and emotions. The girl wasn’t attending school at all once the sessions started. Mum attended all 5 sessions with daughter. On first session daughter was showing high anxiety levels through her body language, hardly speaking. Going into the freeze mode very easily. Progressing through sessions, she was able to talk more about her emotions and how she feels about the school. Although there was no initial interaction with therapist, she started to include the therapist in the games from sessions 3-5. She was also interacting more during the sessions and taking a lead on some of the exercises / games.

Child was referred to Yoga Therapy by mum due to problems with coping with school. By the time the sessions started she didn’t attend school at all. Daughter is still under CAMHS, however have problems with talking about her emotions. There is also Families Support Worker involved, and a tutor from the medical needs team and she has been referred to the NHS specialist occupational therapist team. Her last day at school was 29th January but before then she was only attended a few hours a day since mid-December. She now has a place at a new school starting Sept 20 which will be a slow transition on a part time basis initially. 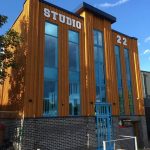 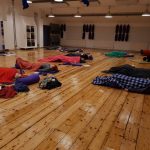 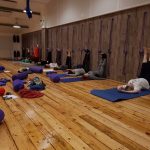 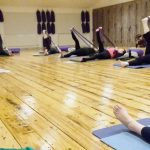